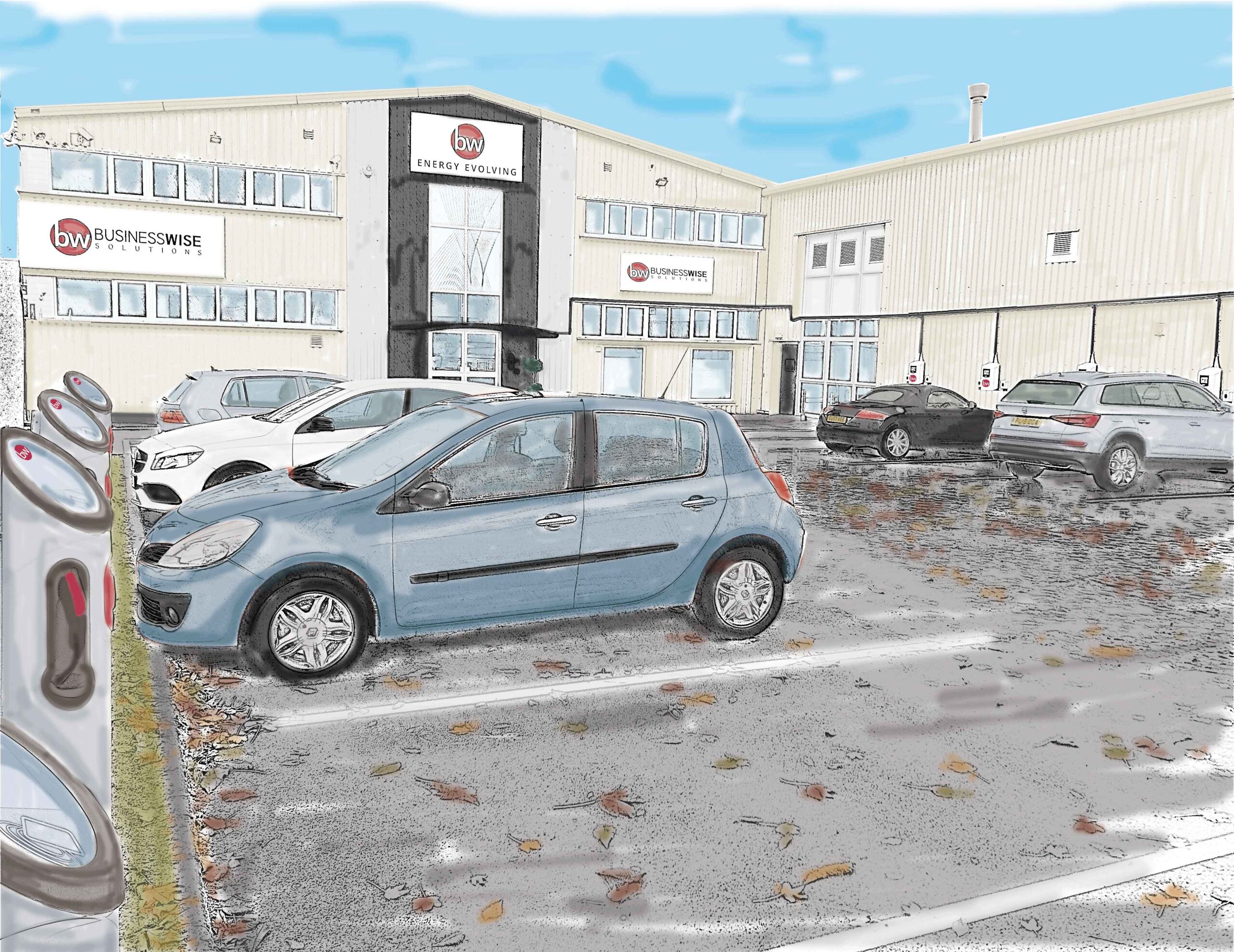 A North West energy specialist has launched a new initiative to help get 80 per cent of its staff to switch to electric vehicles (EV) by 2025.

Businesswise Solutions’ head office is already powered 100 per cent by renewable electricity and it wants to be a net-zero carbon emissions company inside five years.

Workers at the Lancashire-based company will now have free access to EV charging points and, following a staff survey, Businesswise Solutions has introduced a new benefits scheme to make it easier for staff considering making the switch to electric.

CEO Frazer Durris said the survey found that if staff had the ability to lease a car through the business and fund it through a salary sacrifice scheme, the number of people prepared to switch to electric more than doubled from 41 per cent to over 80 per cent.

Mr Durris, who is getting an electric car himself, said: “As a business, we’ve always tried to lead by example, and our road to net-zero will see us achieve this by 2025, with the switch to electric vehicles playing a major role.

“We want to make it as easy as possible for people to go electric and our target is that 80 per cent of staff will be driving an EV inside five years.

“Our staff have already been committed to doing the right thing for the environment but the survey found they were put off making the switch to electric cars by the perceived high cost of ownership and concerns about the charging infrastructure.

“We want to take those fears away. Andrew Tame has been appointed our unofficial ‘EV champion’ and as well as planning a series of workshops we’re already drawn up artist’s impressions of what the car park at The Energy Centre HQ would look like with charging points installed in every bay.”

Businesswise Solutions has just celebrated its 10th anniversary and Mr Durris said the company was determined to be the UK’s greenest energy procurement specialist.

He said: “We’ve created a ‘carbon calculator’ so that companies can work out their own carbon emissions.

“We’ve also invested £500,000 in a new technology backed solution called Energy Management as a Service (EMaaS), which has so far identified over £2m worth of energy savings for our clients.”