Skip to content
What’s the state of our economic climate? 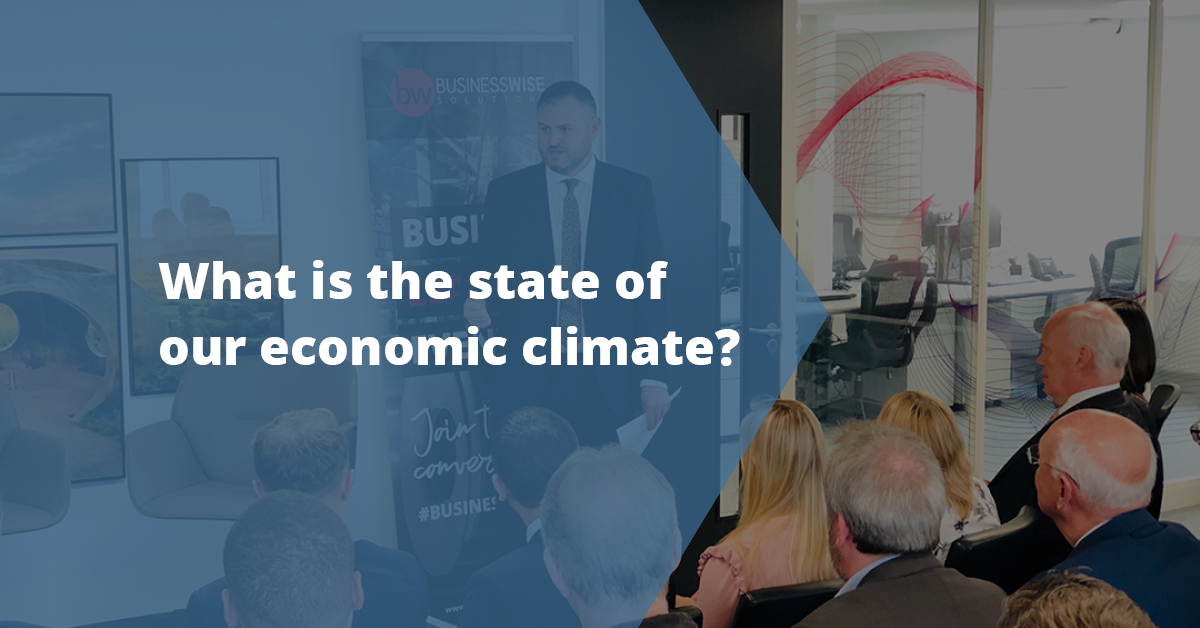 Business leaders from across the North West gained a valuable insight our current economic and political landscape as they joined peers at our Energy Centre.

We were delighted to welcome MP Andrew Stephenson, the recently appointed Minister for Business and Industry (BEIS) to provide an overview on the regional and wider economic outlook before answering questions from the floor.

He said: “It’s a fascinating time to be involved in industry, at a time when every sector is going through change.”

Andrew was followed by HSBC’s Head of Economics (UK Commercial Banking) Mark Berrisford-Smith, who offered a witty, yet honest standpoint on current issues and future predictions in light of the dreaded B word.

He said: “The best way to describe our economy right now I’m afraid is anaemic uncertainty.

“Being in an economy which for quite some time was towards the top of the growth path of advanced economies, we’re now looking more mid-table mediocrity.

“At the moment it’s mostly uncertainty that’s undoing us, but there is some hope after all this.

“If we can get a deal over the line and an orderly exit, there’s nothing fundamentally wrong with this economy. It would perk up quite quickly and confidence in consumer spending would soon return.”

A show of hands indicated less than 20% of the audience had made preparations for a no deal Brexit and the appetite for business amid such political uncertainty appeared buoyant when discussed with panel guests.

Yet, there was a general fear that if the matter remained unresolved for much longer, this would certainly begin to have a negative impact.

It was a sentiment affirmed by Businesswise Solutions’ managing director Frazer Durris, who said: “Plan for it, try improve it, but certainly don’t ignore it.”

“Businesses must prepare for the possibility of a no deal Brexit, by assessing their existing energy strategy, how this might be affected and what might be the most sensible path.”

View a video summary of our event below.