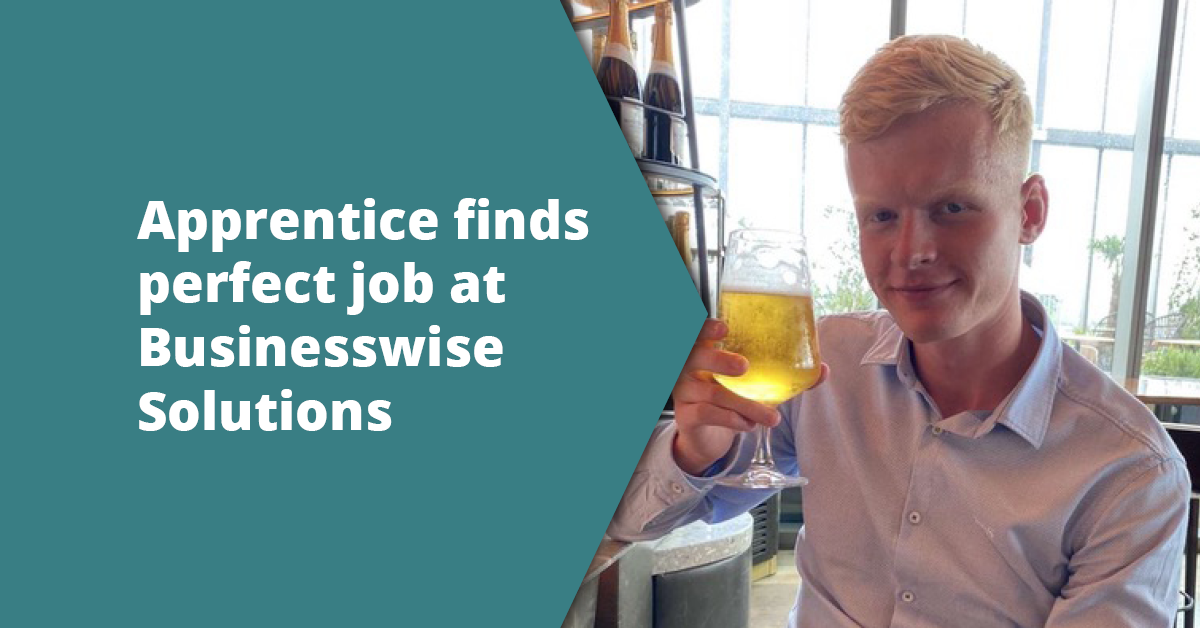 How one apprentice found his perfect job at Businesswise…

When apprentice James Waring was made redundant from his job at a Lancashire furniture manufacturer he decided to take matters into his own hands.

The 20-year-old from Clitheroe lost his job at The Senator Group due to the impact of Covid-19 and was worried that he wouldn’t be able to find another role in the middle of a pandemic.

Determined to stand out from the crowd James researched 10 companies he wanted to work for and got in his car to personally hand-deliver his application letters.

Only two of the companies responded but one – energy broker Businesswise Solutions, in Nelson – was so impressed they eventually offered him a position as a sales executive apprentice.

“When I got offered the job I was absolutely buzzing,” he said. “I knew I’d made the right choice as soon as the CEO emailed me straight back to say he’d read my letter even before I’d got home.”

Explaining how it started James recalled: “After I was made redundant from Senator I knew it would be difficult to find another job in the middle of the pandemic so I had to think outside the box.

“There’s a lot of competition so I did loads of research and identified about 10 businesses that I would like to work for.

“I was worried that if I emailed my application it would just get lost in somebody’s inbox so I did handwritten ones and put them in big brown envelopes and wrote the name of the CEO or MD on the front.

“A lot of letters never get as far as the person they’re addressed to I decided to hand deliver them by driving over to their offices.”

Although eight of the letters never got a response James’ letter to Businesswise Solutions found its way straight to CEO and co-founder Frazer Durris.

Explaining what happened next Frazer said: “I was struck by the personalised letter and the fact he’d taken the time to deliver it in person.

“We didn’t have any roles at the time but I asked him to send me a short video telling me why he thought he could succeed in a sales role.

“That was back in September and I said I would contact him again if the situation changed.”

James was eventually called in for an informal chat and began his role as a sales executive apprentice in January 2021.

Frazer said: “We get hundreds of applications for jobs but what struck me about James was his determination and that he’d taken the time to research the company and stand out from everyone else. He’s a real grafter.”

However there was a twist in the tale when the PM Boris Johnson announced the country would be going into a third lockdown in January.

“I was really worried for a bit because I was due to start my apprenticeship at the same time but thankfully it went ahead,” said James. “My focus now is to work really hard and hopefully get a field sales role in the future.”

How one apprentice found his perfect job at Businesswise... When apprentice James Waring was made redundant from his job at a Lancashire furniture manufacturer he decided to take matters into his own hands. [...]

Iconic wallpaper manufacturer to switch to renewable energy in a bid to slash their carbon footprint.  Chief executive of Graham & Brown Andrew Graham MBE said switching their electricity to a renewable supplier [...]