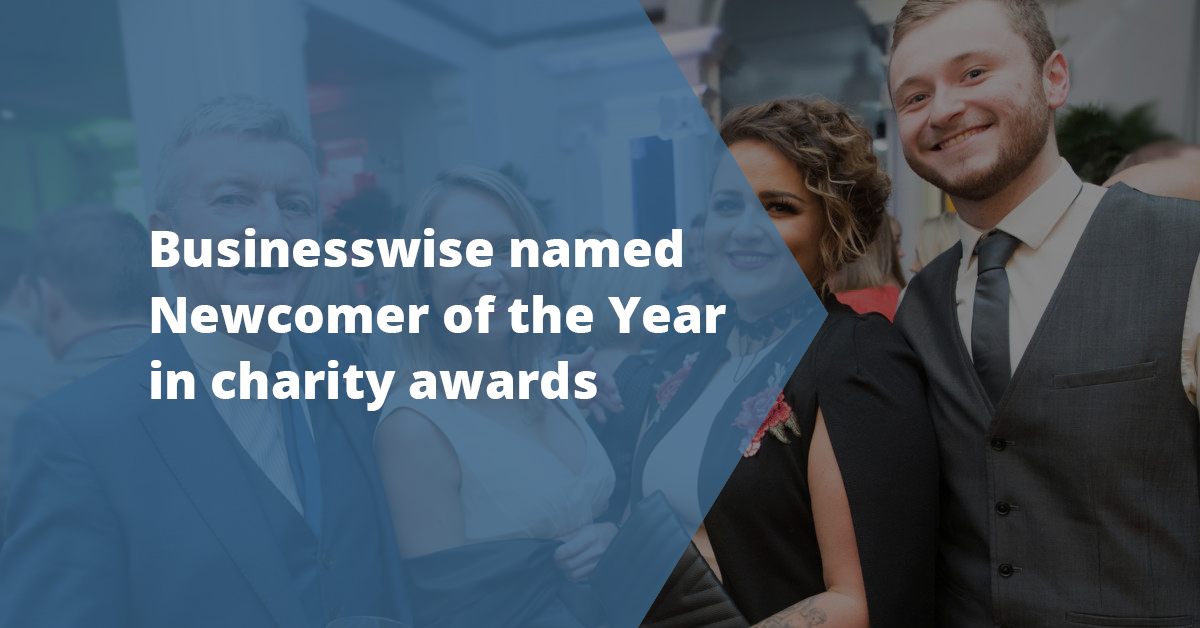 Businesswise Solutions has been recognised in the Pendleside Hospice Corporate Challenge Awards, as Newcomer of the Year.

This figure was a £60,000 increase on last year’s fundraising efforts.This year the Corporate Challenge saw local businesses taking part in a head-to-head battle to raise the most money for the Hospice from 1st June to September 30th.

Each participating company was given £50 donated by sponsor Charter Walk Shopping Centre in Burnley to start them on their way.

It was the first year that Businesswise Solutions had taken part in the challenge and we decided that the Pendle Three Peaks would be our main fundraiser.

With several internal fundraisers taking place in the run up to the September event, sponsorship for all staff, family and friends taking part and a donation of £5K from the business, we managed to raise £15K.

Frazer Durris, managing director, said: ““It really was a fantastic day from beginning to end; it was tough and we were all feeling the strain as we approached the final few miles, but everyone carried on with a smile on their faces.

“To now hear that collectively everyone involved in the Corporate Challenge has raised £157K, we are truly blown away. That is an amazing figure which I’m sure will go a long way in helping to deliver the fantastic services which Pendleside Hospice offers to the area.

“A huge ‘congratulations’ to everyone involved.”

Among other winners from the event were Burnley and Pendle Slimming World who took home the overall Corporate Challenge Champion Award and the award for raising the most cash, for the third consecutive year, with a total of £28,821 – £2,000 more than in 2017.

The Slimming World team also took home the Innovation Award for pulling out all the stops and setting a challenge for their members by hosting a Fire Walk in August.

Christina Cope, Head of Corporate Fundraising at Pendleside Hospice, said: “Hosting the Corporate Challenge and seeing the lengths these businesses have gone to in their fundraising efforts makes me extremely proud to be part of the Hospice.

“To raise such a huge amount over just four months of fundraising is just incredible and to raise £60,000 more than last year has blown me away.

“We’re so grateful to have had a number of prominent local businesses taking part in the challenge and getting so much commitment from all their members of staff. The Corporate Challenge isn’t just about raising much-needed funds for the Hospice – it brings numerous benefits to the businesses including team-building, networking, publicity and helping to meet corporate and social responsibilities.

The evening, which was hosted by 2BR’s Managing Director Simon Brierley, featured a drinks reception provided by DRN Solicitors and a two-course meal, music by Steeros, a raffle and auction.